The Eigakan review of "Darkroom Fantasies" 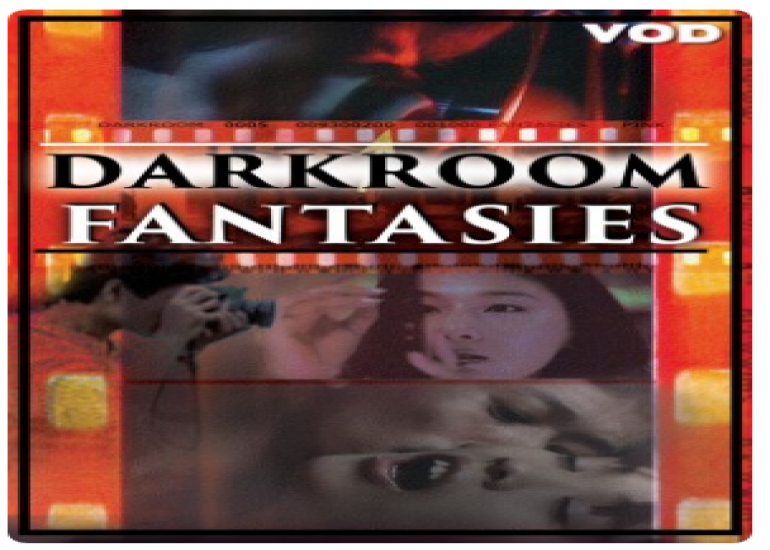 Below is the review by Theeigakan.com head writer, kevin gilvear.

The film is available here:
http://www.pinkeiga.tv/darkroom-fantasies.html

Since making his directorial debut in 1981, having graduated from an assistant position under the tutelage of prolific pink film masters such as Mamoru Watanabe and Shinya Yamamoto, Yojiro Takita had spent the better part of the eighties building his reputation as a comical storyteller, spending much of his time with the Chikan Densha (Molester Train) series, one which served well in the lead up to his mainstream transition by 1986.

While the Chikan Densha films and those between were largely typified by their comedic bent, Takita had defined himself as being a Jack of all trades, flirting with other genre elements throughout the decade, from romance and mystery to politics and science fiction.  During the earlier part of his directorial career, however, he delved into far darker territory, notably with 1983’s Serial Rape (Renzoku Bokan), a psychological thriller starring Kaoru Orimoto in a dual role, which went on to earn some major accolades within the Pink Film industry.  Unsurprisingly then, Takita followed up this success one year later with High Noon Ripper (Mahiru no Kirisakima) a.k.a. Darkroom Fantasies for the Kokuei Company – another murder mystery owing some of its style to The Master of Suspense himself.

The story follows dedicated news journalist Noriko (Kaoru Orimoto – who also appeared in Takita’s earlier Chikan Densha: Momoe no Oshiri) and her photographer colleague Kajii (Shiro Shimomoto, S&M Hunter), who pair up when they attend a grizzly murder scene involving the stabbing of a young female.  Presenting their unsettlingly detailed shots to their editor (Pink Film legend Yutaka Ikejima), they are quickly encouraged to go out and find more in order to boost the reputation and sales of the magazine.  Due to the sexual nature of the crime, however, Kajii is reminded of a previously published photo he saw in a magazine, belonging to a young man by the name of Shun (Toru Nakane), who happens to reside in the local area where the crime took place.  As the murder spree begins to escalate, Kajii, his girlfriend (Usagi Aso) and Noriko find themselves in a desperate race to get answers.

Opting to target media sensationalism as part of a backdrop for its nasty narrative, Yojiro Takita, along with his screenwriter Shiro Yumeno, creates a suitably dour whodunnit, whereby obtuse visual metaphors and trenchant sound design works in tandem to ensure that the viewer is left guessing right up to the moment it reveals its final hand.  The unnerving atmosphere, which sees our protagonists at constant loggerheads – whether it be due to the clashing of egos or sexual politics – is maintained at a leisurely pace, utilising voyeuristic framing devices and a clever usage of edit wipes to maximise the efficiency of both its shifting perspectives and its incumbent sex scenes.  Takita relishes the opportunity here to pay homage to some of Hollywood’s greats; a nod to Psycho, for instance, may lack subtlety but its execution is nonetheless effective and would go on to see the director continue to reference western cinema in subsequent pink outings.

Within its sixty minutes, High Noon Ripper does well to reveal different sides of our protagonists in an effort to show that nothing is ever quite as it seems as it flits between cycles.  By day, Noriko is a fierce go-getter and by night she’s a perpetually horny and vulnerable lass, pleasuring herself with whatever household object is within reach.  Meanwhile, Kajii is all about the shoot and dedicated to a deadly fault.  These elements do have natural payoffs, along with a supporting dichotomy which stretches between the picture’s vacant urban landscape and that of its claustrophobic depictions of dimly-lit offices and compact apartments.  Any misgivings to found here are largely down to the director’s enforced sex scenes: one shoehorned encounter in particular – a late night office dalliance – serves little more than padding, while Takita’s slight penchant for comedy in the form of a chase sequence backed by chirpy jazz, does feel somewhat at odds with the rest of the film’s tone.  Otherwise, High Noon Ripper is a welcome entry into the director’s oeuvre and part of a genre which he, unfortunately, rarely revisited in the years since.